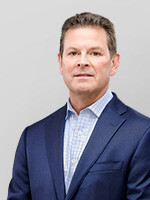 Chuck Kummeth became President and Chief Executive Officer of Bio-Techne Corporation on April 1, 2013. Prior to joining the Company, he served as President of Mass Spectrometry and Chromatography at Thermo Fisher Scientific Inc. and was President of that company’s Laboratory Consumables Division from 2009 to September 2011. Prior to joining Thermo Fisher, Mr. Kummeth served in various leadership roles during his 24 year career at 3M Corporation, most recently as the Vice President of the company’s Medical Division from 2006 to 2008 and as the Managing Director of 3M for the UK and Ireland. 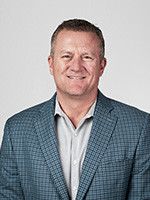 Mr. Hippel holds a Master of Business Administration from Arizona State University and a Bachelor of Accountancy degree from Northern Arizona University. He is also a CPA (inactive). 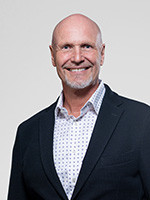 Kim Kelderman joined Bio-Techne on April 30, 2018 as President, Diagnostics and Genomics. Prior to Bio-Techne, Mr. Kelderman was employed at Thermo Fisher Scientific where he led three different businesses of increasing scale and complexity. For the last three years, Mr. Kelderman managed the Platforms and Content of the Genetic Sciences Division, where he was responsible for the Instrumentation, Software, Consumables and Assays businesses, and brands such as Applied Biosystems and legacy Affymetrix. Before joining Thermo Fisher, Kim served as Senior Segment Leader at Becton Dickinson, managing the global Blood Tubes "Vacutainer" business.

Mr. Kelderman holds a Bachelor of Science degree from Hogeschool Heerlen of Applied Sciences in the Netherlands. 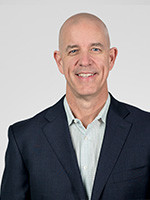 Prior to joining the Company, Mr. Geist was Chief Operating Officer at Quanterix, a company with immunoassay tools for life science research and diagnostic applications.  Prior to Quanterix, Mr. Geist led two of Thermo Fisher Scientific’s largest business units, qPCR and Protein & Cell Analysis, each with revenues of ~$1 billion. Prior to Thermo Fisher Scientific, Mr. Geist led the commercialization of Quanta BioSciences, a genomics tools company, from start-up through acquisition by QIAGEN where he took on leadership for additional life science brands. Brenda Furlow joined the Company as Senior Vice President and General Counsel in August 2014. Before joining the Company, Ms. Furlow was affiliated with Alphatech Counsel, SC and served as general counsel to emerging growth technology companies. From 2007 to 2011, Ms. Furlow was General Counsel for TomoTherapy, Inc., a global, publicly traded company that manufactured and sold radiation therapy equipment, and from 1998 to 2007, she was General Counsel for Promega Corporation, a global life sciences company. 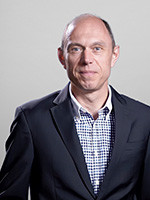 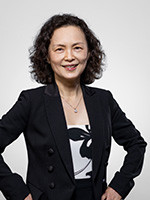 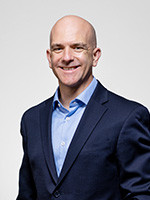 Steve Crouse joined Bio-Techne in March 2021 as the Vice President, Analytical Solutions Development, responsible for Bio-Techne’s ProteinSimple branded products and R&D Systems Immunoassays portfolio. Steve has >20 years of experience leading R&D, Business Development, Marketing and Sales organizations. Most recently he was the Sr. Director and General Manager for the Protein Detection and Quantification business unit at Thermo Fisher Scientific. Prior to that he held positions as the Chief Operating Officer at Vortex Biosciences and the Sr. Vice President of Sales and Marketing at Freeslate Inc., which was sold to Unchained Labs in 2016. Previously, Steve held several marketing, sales, and R&D leadership roles with Bio-Rad Laboratories and Life Technologies (now Thermo Fisher Scientific). He has an MBA from the Marshall School of Business at the University of Southern California and a M.S. in Biochemistry from Georgetown University. 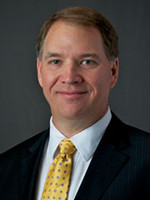 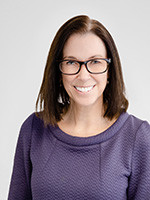 Brenda Everson joined Bio-Techne on January 10, 2022, as Senior Vice President and Chief Human Resources Officer. Mrs. Everson has >25 years of experience leading human resources disciplines and functions, including talent acquisition, learning & development, talent management, global mobility and organizational effectiveness. Most recently she was the Vice President of Organizational Effectiveness for Midco Telecommunications. Prior to this she had a dynamic, two-decade, global career at Apple, Inc. where she led several talent practices in the retail division.

Mrs. Everson holds a Bachelor of Science in Retail Management/Business Administration and a Master of Science in Training and Human Resources Development, both from the University of Wisconsin Stout. 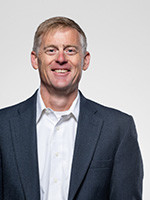 Bob Gavin was appointed Vice President – Corporate Development in August 2021. Previously Mr. Gavin was the Senior Vice President of the Analytical Solutions Division. Mr. Gavin joined Bio-Techne with the acquisition of ProteinSimple in 2014, where he was Vice President of Product Development. Mr. Gavin has more than twenty-five years of experience in the Life Science tools industry, previously serving as Director of Engineering at Molecular Devices for nine years after starting in the field at Affymax Research Institute. 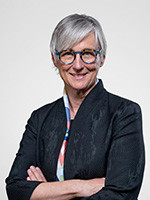 Lynne Hohlfeld was appointed Senior Vice President and General Manager of the Molecular Diagnostics Division in December 2021. Ms. Hohlfeld joined Bio-Techne as Vice President of Business Development with the acquisition of Asuragen in April 2021, where she served as Chief Financial Officer and SVP of Corporate Development for 12 years. Ms. Hohlfeld has a long history of strategy, corporate partnerships and financial management for emerging growth companies in life science, previously serving as Chief Financial Officer of Opexa Therapeutics, a public company focused in cell therapy.

Ms. Hohlfeld holds a Bachelor of Business Administration from the University of Wisconsin – Madison.

Evett Kruka became the Vice President and General Manager of the Spatial Biology Division on February 7, 2022.  Evett brings 20+ years of experience in Life Sciences and has deep expertise in Strategic Marketing, Product Management and General Management. Most recently she was the Vice President and General Manager (VP/GM) for the Life Sciences Mass Spectrometry business for Thermo Fisher Scientific for five years and prior to that she was the VP/GM for Thermo-Fisher’s Ion Chromatography (IC) Business after leading the IC Marketing Organization. Previously, Evett held various life sciences analytical instrument management and marketing leadership roles at Perkin-Elmer and built a life sciences focused market research consulting business.

Evett holds a Bachelor of Science in Biochemistry from Virginia Polytechnic Institute and State University. 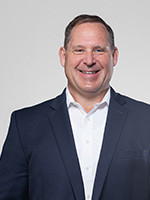 Mr. Silverman holds a Bachelor of Science degree from the University of Vermont and attended the Advanced Management Program at INSEAD. 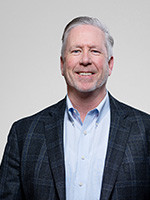 Kevin Smyth joined Bio-Techne on January 8, 2018 as the Chief Digital Officer. Prior to that, Mr. Smyth was Vice President of Commercial Digital Solutions at Ecolab, a global leader in water, hygiene and infection prevention solutions and services. From 2007 to 2010, Mr. Smyth was the Chief Information Officer at Cerner Corporation, a health care information technology solutions supplier. 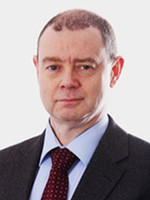 Gary Stapleton became Vice President of Bio-Techne Corporation EMEA on July 1, 2016. Prior to joining the Company, he served in various positions at 3M over a 26-year career culminating as Director of 3M Health Care EMEA from 2013 to 2015, as well as, Managing Director of 3M’s operations in Australia and New Zealand from 2011 to 2013. Prior to joining 3M Mr. Stapleton worked at BDO Stoy Hayward in London, where he qualified as a Chartered Accountant and remains a Fellow of the Institute of Chartered Accountants in England and Wales.

Mr. Stapleton received a Bachelor of Finance and Accounting from the City of London Polytechnic. Mr. Stapleton has served on a number of industry boards including the Association of British Health Tech Industries (ABHI) and Medilink UK where he served in the capacity of Chairman.